PETALING JAYA: The government denies that it is monopolising the purchase of Covid-19 vaccines, which some claim is slowing down supply to the rest of the country.

"Based on our discussions with the manufacturers, almost all of them will only deal with governments for the time being," he said in an interview with Utusan Malaysia.

He said the government had also never stopped the private sector from procuring vaccines from any manufacturer.

Dr Adham was responding to claims by the Malaysian Muslim Doctors Association (Perdim) that the government was monopolising vaccine purchases without involving the private sector and this was among the reasons for the country's slow supply.

He said the government, through the National Institute of Health and Institute of Medical Research, began research, discussions and early negotiations with vaccine manufacturers such as Pfizer, AstraZeneca and many others since April last year.

"Other agencies under the Science, Technology and Innovation Ministry such as the National Institute of Biotechnology Malaysia and experts from local universities were also involved in the discussions and negotiations," he said.

He also said the government launched early negotiations with vaccine manufacturers who had passed the third phase of clinical testing as soon as their vaccines hit the market in the third quarter of last year.

JKJAV was later formed and chaired by Khairy Jamaluddin, who was tasked to plan vaccine procurement for Malaysia.

He reiterated that the private sector was free to procure any approved vaccines, adding that the government had finalised talks with companies such as Pharmaniaga Lifescience Sdn Bhd and Solution Biologic Sdn Bhd respectively, to supply vaccines manufactured by SinoVac and CanSino from China.

"The government has ordered enough vaccines for 80% of the population and even made additional orders to fulfil our reserves as we have yet to receive reports on how long the vaccine will last after a person has been inoculated.

"These stocks are crucial to Malaysia's resilience in facing this pandemic in the next two years," he said. 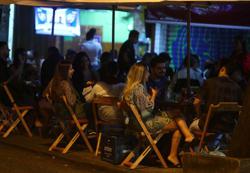