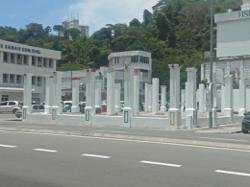 KOTA KINABALU: It will take some time for artists to rebuild trust with the Sabah Art Gallery (SAG) again following the way Pillars of Sabah 3.0 (POS3) ended, according to one of the POS3 participants.

Rizo Leong, who had personally met SAG curator Jennifer Linggi on Tuesday (April 20), said while he accepted the explanation given by the gallery on why the unfortunate incident happened, many of the POS3 artists felt demotivated by the swift erasure of their paintings at the colonial building ruins downtown.

On Sunday (April 18), KK folks and artists alike were shocked to see the 31 pillars there featuring works by 31 artists, which were officially unveiled back in December last year, painted over with white paint.

SAG later explained that this was because a new community project is coming which is expected to be completed in September.

However many were unhappy that SAG did not notify the POS3 coordinating team, the participating artists and the public before erasing the artworks so that they could take time to enjoy the street art before they were gone.

“I made the arrangements to meet Jennifer, not representing the POS coordinating team, but as an artist, as I believe we have our rights.

“To be clear, we have no issues with which artists will get to continue at the location, but it is saddening how we artists were the ones who suffered due to disagreement among the project coordinators and SAG sides.

“Many of the POS3 participants are eager new artists and just ventured into the arts scene, so when this happened they feel down... how do we make sure they continue their interest and passion in creating art?” he said.

Leong, who is known for his woodcut prints, said this incident highlights that any street art project organised in the future should be handled by artists, and not run by a government body.

"While SAG has the right to the place (ruins site), but they should also respect the artists, as an art gallery will not exist without artists, ” he added. 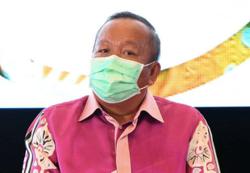