The five are working for different companies where Tan and Chen are company directors, Tey a company manager while Chong and Nordin are lorry drivers.

According to the charge sheet, the accused had disposed of solid waste near housing areas and rivers at different locations namely in Plentong, near Sungai Tiram, Tebrau and Kampung Plentong Baru. The offence was committed between July 14,2020 and October 12,2020.

All of the accused paid the fine.

The prosecution was conducted by the Solid Waste Management and Public Cleansing Corporation (SWCorp) prosecution officer Rubiah Maulud while the accused were not represented.

Rubiah had suggested to the court that the accused be charged in accordance with the severity of their offence that not only harms the environment but could also pose a risk to public safety.

Ahmad Fuad in his judgement said that it is high time that the court takes the cases of environmental pollution seriously especially when the offence was conducted near a water resource.

Earlier, Ahmad Fuad had asked Chong to explain himself as this was his second time being charged for the same offence.

His first offence was back in 2019 committed at Kampung Bukit Tempurung, Gelang Patah, where he was fined RM10,000.

Chong claimed that the nearby villagers have requested him to dump construction waste at the riverbank so that the river would not overflow. 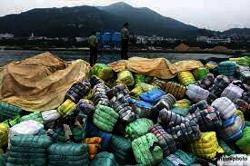