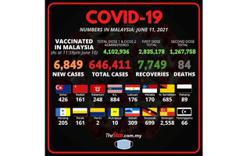 In the same 24-hour period, there were eight fatalities, bringing the death toll to 1,386.

There were also 1,402 recoveries, which means 355,224 have recovered from the disease nationwide.

There are still 228 patients in intensive care units, with 93 requiring ventilation support.

In a Tweet by the Health director-general, Sarawak recorded the highest number of cases at 589, followed by Selangor (457) and Kelantan (290).

Covid-19: About 40 Kampar businesses temporarily close to 'Stop the Chain' of infection 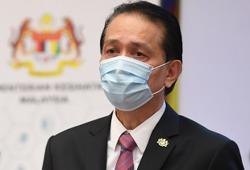 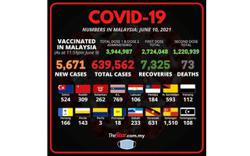