PETALING JAYA: In the last few years, tailor David Tan (not his real name) has been paying RM8,000 in taxes upfront annually and because of poor business due to the Covid-19 pandemic, he had expected to pay less.

So, he was puzzled when he was told to pay about RM5,000 extra in taxes upfront.

Tan, who operators a tailor shop at a shopping complex in Kuala Lumpur, does not know why he has to fork out additional money for tax.

“Normally, I pay a lump sum of about RM8,000 in advance every year. But this year, I was told to pay an extra 30% despite my business being affected, ” he said when contacted yesterday.

For businesses, after the end of each financial year, the company will usually have to submit its accounts for auditing purposes.

In Tan’s case, he was told that he was short of RM5,000 after the company’s account was audited by a tax consultant.

He said like many other small businesses, he had struggled to find customers during the movement control order period.

“I have been in this business for more than 20 years and in the last year, I was really struggling. I hope to get some clarification about this matter, ” he said.

“Perhaps this could be due to some sectors still being allowed to operate during the various stages of the MCO.

“The demand is still there and I believe some of them even saw an increase in export, ” he said.

He noted that those in the food, beverage and digital sectors had recorded good sales.

“Perhaps that is why some of them had to pay more tax, ” he said. 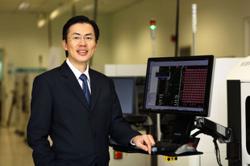