KLANG: The state government-owned Selangor Smart Agro Park (SSAP) project appears to have hit a snag due to possible non-compliance of requirements.

According to the Department of Environment (DOE), it has not received any Environmental Impact Assessment (EIA) report for the project located at Changkat Menteri, Sabak Bernam.

The SSAP project, which is spearheaded by the Selangor Agricultural Development Corporation (PKPS), will be the state’s food security hub and platform once completed.

DOE director-general Norlin Jaafar said in a statement that the EIA report was a prerequisite under Section 34A (6) of the Environmental Quality Act 1974 (Act 127).

She added that the DOE had received the Terms of Reference (TOR) of the EIA Report for the project, where PKPS planned to develop an oil palm plantation it owned in Sabak Bernam, on Dec 5,2019, and the report was confirmed on Jan 29,2020.

“After Selangor DOE’s investigation of the project, PKPS was issued a notice order on April 8,2021, under Section 31 of the Environmental Quality Act 1974, as well as a stop-work order under Section 34AA of the same Act on April 12,2021, ’’ she said.

PKPS was ordered to cease work clearing the location and submit the EIA report to the DOE, added Norlin.

“DOE is monitoring the project to ensure that no activities are being carried out at the location.

“Stern action will be initiated under Act 127 if there is violation of the stop-work order, ” she warned.

When contacted, PKPS head of strategic communications Gaddafi Musli said his organisation would be issuing a statement pertaining to the matter today.

PKPS had also issued earlier statements denying any wrongdoing and clarifying that everything was being carried out within the parameters of set regulations and requirements. 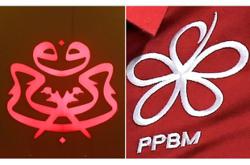