SHAH ALAM: It is up to party leaders to decide if who should contest in the Gombak parliamentary seat in the next general election, says Datuk Seri Amirudin Shari (pic).

The Selangor Mentri Besar said he has to discuss with PKR president Datuk Seri Anwar Ibrahim, the party leadership and the members over the matter.

“Whatever their decision is, I will obey," said Amirudin when asked if he would be contesting in Gombak.

If Amirudin is directed to contest for the seat, he would be going up against his mentor Datuk Seri Mohd Azmin Ali who was the Selangor mentri besar.

Mohd Azmin passed the baton to Amiruddin after he was made a federal minister in 2018.

After launching the Selangor Smart Digital Infrastructure at Menara BSN here on Friday (April 16), Amirudin told reporters that his current priority was to strategise ways to ensure the smooth running of the state government.

“But I can definitely say that I will never jump party," quipped Amirudin.

Non-governmental organisation Kuasa had said based on data it compiled, it was highly likely that Amirudin would be locking horns with Mohd Azmin in Gombak in GE15. 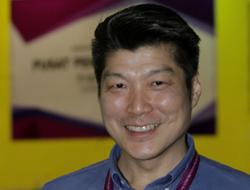