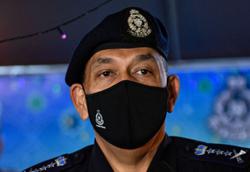 ACTRESS Nur Fazura has maintained she did not mean to offend anyone when she advised against interstate travel during the broadcast of a reality show, Utusan Malaysia reported.

She said her remark was made in connection with the comedic performance by a group named UNI at the Muzikal Lawak Superstar 2 programme, in which Nur Fazura was a judge.

Netizens, however, felt that she made an innuendo about celebrity entrepreneur Neelofa, who found herself in hot water when pictures of her wedding last month showed a lack of physical distancing among her guests.

She was also said to have breached movement restrictions for travelling to Langkawi while Kuala Lumpur and Selangor were under conditional movement control order.

Fazura maintained that she was just commenting on UNI’s performance and that she did not mean to throw shade at anyone.

“It is my job to comment and evaluate their performance, ” she said, adding that as a public figure, she was voicing her views and delivering a good message.

“It never crossed my mind to mock anyone. I am the sort to give it to you straight but it doesn’t matter if people want to speculate. My time is better spent focusing on my family and career, ” she said.

> He may not have a record player any more but a retired teacher can still bring back the good old days by just browsing through his treasured collection of vinyl records, Kosmo! reported.

Mamat Ibrahim, 74, has about 500 records which he has carefully stored at his home in Kuala Berang, Terengganu.

He would browse through them occasionally when he needs a good dose of nostalgia to cheer himself up.

“Each one of them has a story which makes me smile every time I think about them, ” he said.

Mamat said he used to have 1,000 records but sold some of them to other keen collectors and was also forced to part with the damaged ones.

He said he used to spend between RM1.50 and RM20 for each record. 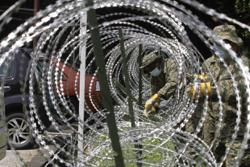 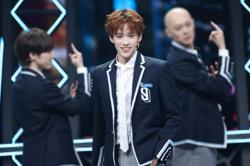