"There was a lot of talk on the recent issue of Bersatu (Parti Pribumi Bersatu Malaysia) standing in our state election under GPS ticket but as far as we are concerned, there is no room for them to do so because the state coalition already identified candidates to stand in all 82 seats," he said.

"Where Bersatu comes in on this, it's hard for me to say. When we cross the bridge, we will decide on this," he added.

In a statement on his blog on Tuesday (April 13), Abdul Karim said the issue came about after Bersatu supreme council member Datuk Zuraida Kamaruddin said on Sunday (April 11) that Bersatu will be placing candidates to stand in the state election under a GPS ticket.

"We understand that in Sarawak, god-wiling, if Bersatu contests, we will contest under a GPS ticket in the state election," Zuraida was quoted saying.

At present, Bersatu holds the Krian state seat through Datuk Ali Biju, who won on a PKR ticket in the 2016 state election.

Ali was among the MPs aligned to Datuk Seri Mohamed Azmin Ali who led an exodus of former PKR MPs last February in forming the Perikatan Nasional government.

On Bersatu contesting, Abdul Karim argued that voters might be confused if candidates from the party and GPS candidates contested in the state election.

"If there are two party members - one from Bersatu and one from GPS - that can be a little bit confusing. They have to make up their mind, ” said Abdul Karim.

He added that GPS will address the issue properly because they support the Perikatan government, saying that the Federal coalition was established for the sake of national stability.

Abdul Karim also said that the Perikatan leadership would hear his message, and reciprocate in terms of support when it comes to the state election.

"At present, everybody knows that it's acknowledged by Perikatan and Bersatu that they support GPS as the government for Sarawak, ” said Abdul Karim.

The 12th Sarawak state election is due to be held in August of this year. 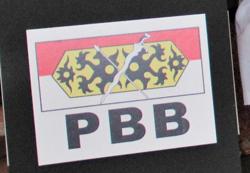