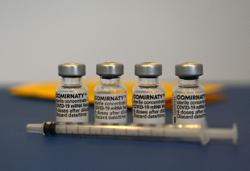 LOCAL actress Nadia Brian (pic), 30, has warned social media users that she will not hesitate to start legal proceedings against those who make jibes at her ‘’appearance, body figure and womanly assets’’, Kosmo! reported.

The actress – who stars in the drama called Aku Yang Kau Gelar Isteri – said she was shocked after seeing some of the comments directed at her.

She added that she had not imagined that social media users would resort to posting such hurtful comments.

“I wonder why they are so hasty in writing such nasty comments.

“They have to remember that there are laws in our country, ” she said.

She urged social media users to respect others and to spread positivity.

Nadia, whose real name is Nadia Najwa Mohamed Rashidi, posted a screenshot of several comments on her Instagram account on Sunday with a user questioning her body figure.

> Kelantan has raised the alert as it recorded the highest rate of Covid-19 infectivity, with 1,029 infections and 24 active clusters over the past two weeks, Utusan Malaysia reported.

State local government, housing and health committee chairman Dr Izani Husin said the R-naught (R0) – which indicates how many people an infected person may spread the disease to – was at 1.12, surpassing the national rate of 1.06.

He said although there was a drop in cases, the situation was still worrying as the test results for over 2,000 samples were still pending.

‘’Only 22% of Covid-19 cases were not linked to any current cluster. 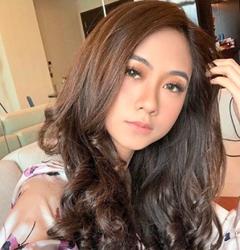