SIBU: A total of 17 people were convicted at the Kapit Sessions Court on Wednesday (April 14) for offences under the Dangerous Drugs Act 1952.

Of the 17, four were sentenced to five years in jail and a stroke of the cane after pleading guilty to consuming or administering drugs, an offence under Section 15 (1) of the Act.

All four were initially charged under Section 39(C) of the Act, which covers repeat offenders who have had one prior admission to a drug rehabilitation centre or a previous conviction for drug consumption.

Additionally, another 13 people were sentenced to between five and eight months imprisonment and fined between RM2,500 and RM5,000 after they pleaded guilty to offences under Section 12 (2) and 15(1) of the same Act.

Section 12(2) of the same statute makes it an offence to export dangerous drugs from Malaysia as laid down in the Act.

All 13 were also charged under Section 39(C) of the same Act.

Meanwhile, Kapit OCPD Deputy Supt Freddy Bian said on Wednesday (April 14) that from January to April 13 this year, a total of nine people had been charged in court under the same Code.

DSP Freddy added that the police's anti-narcotic department would carry out more actions under Section 39(C) of the Act. 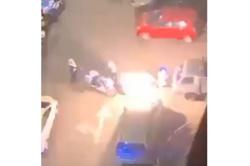 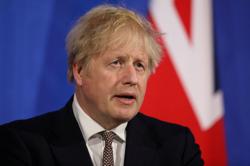