TAWAU (Bernama): Police will conduct house-to-house checks to track down residents who flee from the 13 localities placed under the enhanced movement control order (EMCO) here.

Tawau district police chief ACP Peter Umbuas said they would get a list of all residents in the 13 localities.

"We also have an integrated team under the Disaster Operation Command Centre (PKOB) for the same purpose, that is to identify and track down residents who flee from EMCO localities.

"Those who fled will be ordered to undergo Covid-19 screening as well as quarantine at existing quarantine centres. We only want to ensure that we can tackle the pandemic so that it doesn't spread," he told reporters after monitoring the situation Bandar Sri Indah, which is under the EMCO, here Tuesday (April 13).

Thirtee localities in Tawau were placed under the EMCO form April 1-13, involving 17,804 residents. 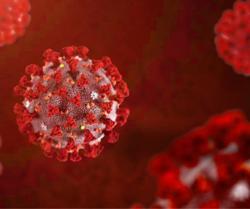 High Court orders law firm to give documents to Zaid Ibrahim in suit over firm's name
Only outdoor sports allowed in MCO areas in Selangor
Education Ministry must take action in Ain Husniza's case, says MCA
Khairy: M'sia to receive 875,000 doses of Pfizer, AstraZeneca vaccines from May 19 to June 1
Number of symptomatic Covid-19 cases rose to 50% in the past month, says Health Minister
MACC urged to expedite probe on timber concession in Negri Sembilan
Retiree who just wanted a special Raya with grandkids loses RM14,000 to scammer
Khairy: 2,800 vaccinations at WTCKL on May 15,16 to be rescheduled over congestion concerns
Dr M warns Covid-19 situation could worsen, urges public to be disciplined
Melaka police still investigating Awie over alleged Covid-19 SOP violation, no fine issued yet