KUALA LUMPUR: The 50% discount for traffic summonses via MyBayar Saman has been extended to Thursday (April 15), said Bukit Amam.

"In 18 days since the discount period began, 659,998 summonses had been settled totalling RM73.3mil.

"This includes the 56,909 summonses amounting to RM6.28mil settled via the MyBayar Saman application," he said.

He added that a total of 708,030 users had already registered with the application.

It was reported that discounts of up to 50% will be offered to those paying their road summonses via the newly-launched MyBayar Saman app.

The offer started on March 25 and was supposed to end on Sunday (April 11). 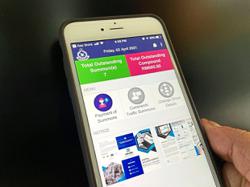