PUTRAJAYA: A 24-year-old man has been sentenced to two years’ jail for riding his motorcycle recklessly, leading to the death of another motorcyclist four years ago.

This was after the Court of Appeal three-man panel led by Justice Suraya Othman dismissed Muhammad Mustaqim Khairudin’s application to get leave to pursue his appeal in the appellate court as he did not raise any questions of law.

Justice Suraya, who presided with Justices Abu Bakar Jais and Ghazali Cha, issued a warrant of committal for Muhammad Mustaqim to serve his jail sentence from yesterday.

Muhammad Mustaqim was on bail pending the hearing of his application.

Under the law, Muhammad Mustaqim was required to first get leave before he could proceed with his appeal in the Court of Appeal as his case originated from the Magistrate’s Court.

The Kangar Magistrate’s Court found Muhammad Mustaqim guilty of the offence and sentenced him to two years’ jail and fined him RM6,000. He lost his appeal in the High Court.

According to the charge, Muhammad Mustaqim, who was then a student, had recklessly ridden his motorcycle resulting in the death of 17-year-old Akmal Azrizal Anour in front of Pos Laju in Jalan Kangar, Padang Besar, Kangar, Perlis at about 10.10pm on March 8,2017. — Bernama 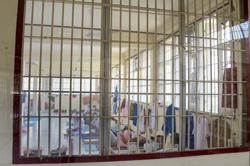