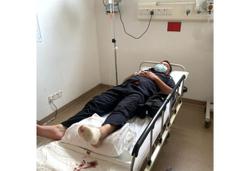 PETALING JAYA: A policeman lost two toes on his left foot when he was run over by a suspect fleeing on a motorcycle on Wednesday (April 7).

"He was performing checks on the 49-year-old suspect at the motorcycle lane at about 1.20pm.

Despite the injuries, the suspect was apprehended," he said when contacted on Thursday (April 8).

Supt Ku Mashariman said the injured policeman has been sent to a private hospital in Shah Alam for treatment.

"We discovered 11.89g of heroin and a bottle of a liquid believed to be ketum water on the suspect. He also tested negative for consuming drugs," he added.

Supt Ku Mashariman said the suspect did not have any criminal records, and added that he was being remanded for further investigation. 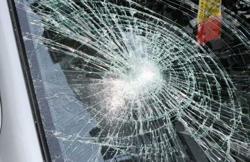