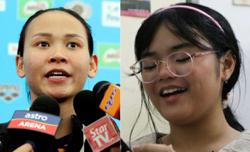 KOTA KINABALU: Warisan is keeping its options open as it decides to end its informal association with the national opposition Pakatan Harapan coalition.

Warisan president Datuk Seri Mohd Shafie Apdal said the party would work on a broader base in the opposition front on issues of common interest.

“We are Pakatan minus now, not Pakatan Plus as we were known previously, ” he said during an online forum The Perspektif hosted by Asmirul Anuar Aris, who asked for Warisan’s political alignment for the 15th General Election.

However, Shafie said as a small party, Warisan could not work alone and would need to cooperate with other national parties to form the next government.

But the former chief minister gave little indication to the coalition that Warisan was thinking about ahead of the next general election.

Shafie said it was important that there should be no one party dominating the others as such alliances must be serious in resolving and meeting the needs of the people.

“It is not just a case of getting the numbers and getting a position, ” he said, explaining that such coalitions should honour the people’s mandate given to the parties

For Sabahans, the key issues were Malaysia Agreement 1963 and higher oil royalty, and if Warisan were to join any coalition, these commitments must be honoured, he said.

He said there were many offers for Warisan to join different political partnerships but the party turned them down.

“(For now), our priority is to strengthen our party, ” he said, adding that the party was building its youth base nationally.

Shafie, however, did not comment on the growing speculation that it was teaming up with Muda (Malaysian United Democratic Alliance) led by Syed Saddiq Syed Abdul Rahman.

There has been talk Muda may use Warisan logo in the general election if it could not register in time.

Shafie also said the narrow politics of race and religion should be avoided with the focus on rebuilding the economy. 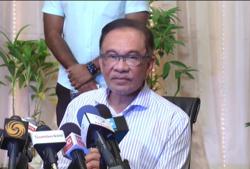