PM: No single party can now solely call the shots

Both men delivered their speeches via video conferencing, which were also streamed to the whole country due to travel restrictions.

Muhyiddin, who is also Parti Pribumi Bersatu Malaysia president, said times had changed and no single political party could now claim to be solely in charge.

“No party can now say they are the most dominant and wielding control, while belittling other parties. That is old politics, ” said Muhyiddin.

According to Muhyiddin, whatever direction taken by political parties must be geared towards the betterment of the people and the nation, as opposed to a particular individual or group.

The Prime Minister also thanked MIC for backing the Perikatan Nasional government and hoped the support would continue.

He praised MIC for making the right decision at a time when the country was facing economic turmoil. He said MIC showed the party understood the problems the nation and its people were facing.

“We need commitment from everyone, including leaders and MIC members, to prioritise political unity and not division, ” said Muhyiddin, who also assured the Indian community that the government of the day would look into their needs.

“No one will be left behind. We will take care of you and this is our pledge, ” said the Prime Minister.

Earlier, Ahmad Zahid said Umno along with MIC and MCA go a long way back, and had faced various challenges together.

He also said although Barisan Nasional lost the 14th general election, it must not be forgotten that they had won all 13 previous elections.“For GE15, we must be prepared as a single team, and we must redeem ourselves through team spirit.

“We must be committed to stick together, ” said Ahmad Zahid, adding that Covid-19 must not be used as an excuse to stifle democracy.

“We want the parliamentary and state assembly sittings to resume.We are not disrespecting the Emergency Order but if night markets and malls can now operate, surely parliamentary meetings can also go on, ” he said. 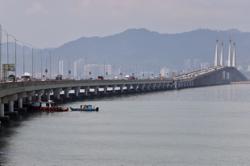