GEORGE TOWN: Motorists are happy with the initiative by the Transport Ministry to grant another extension to renew their driving licences and road tax, saying it will ease their burden amid the Covid-19 pandemic.

“When business was good, I didn’t mind maintaining the vehicle, which I use to transport my stock of clothing, ” he said.

“However, with the movement control order, frequent closures and drop in business, renewing the road tax is now a burden for me.

“I’m glad the government has decided to postpone the renewal period so that low-income traders like me can make ends meet.

“This relief shows the government understands what we are going through.”

“Sometimes, I drive out only twice weekly. I was contemplating whether to renew my car’s road tax and fortunately, the government announced the extension, so I can now drive with ease of mind.

“Every ringgit counts and I’m glad to be able to save a bit, ” he said.

Vehicle insurance agent Hafizi Halim, 37, estimated more than half his customers would choose to use the extension.

“I had 40 customers last month who renewed their insurance, but 25 of them are still waiting before renewing their road tax, ” he said.

Meanwhile, taxi driver R. Rajendran, 67, said he was thankful for the extension, but wished for the insurance premium to be reduced as well.

“My insurance comes up to about RM800 yearly as it also covers my passengers.

“Taxi drivers pay only RM2 for a year’s road tax.

“Although our road tax is cheap, the expensive insurance still needs to be renewed every year, ” he said.

Last Friday, Transport Minister Datuk Seri Dr Wee Ka Siong announced that private vehicle owners whose driving licence or road tax expired in February and March would have until May 31 to renew them.

He said this was the second extension given, provided the vehicle’s insurance is still valid.

This follows an announcement on Jan 29 when Dr Wee said exemptions were granted to all private vehicle owners who need to renew their driver’s licence and road tax from Feb 1 to March 31 due to the second MCO.

They were given an additional 30 days after the initial exemption period, which was until April 30.

Dr Wee also said people with Motor Vehicle Licence and Competent Driving Licence expiring in April and May could renew them from June 1 to July 31. 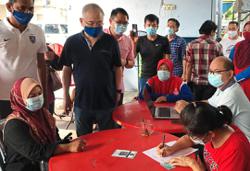 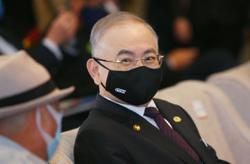