It is 100% Malaysian-made, and produced by Mildef International Technologies Sdn Bhd, proving that a local company has the capacity and skills to rival that of defence industry players worldwide.

Defence Minister Datuk Seri Ismail Sabri Yaakob said the armoured vehicle, which was completed three months ago, was built by a team of eight engineers and over 100 Defence Ministry (Mindef) staff involving a cost of RM16mil, including research and development, spread across four years.

"This is Malaysian-made. I have said (previously) Mindef will focus on the fact that experts in Malaysia are capable of producing our own arms, so that we do not have to depend on foreign countries for military equipment," he said during a media conference after launching the Tarantula HMAV 4x4 at Wisma Perwira Tentera Darat, Kem Sungai Besi here on Thursday (April 2).

According to Ismail Sabri, the vehicle had undergone various evaluations, including road durability, fuel consumption, load tests and climbing tests, which were conducted on par with international military standards.

The vehicle was named after the Tarantula – a group of large and often hairy spiders capable of changing their colour and movements to suit their surrounding environment and are capable of killing animals much larger than themselves.

He said the Tarantula had been well-received by some countries in the Middle East, however, no orders had been placed as yet.

"The technology (of this vehicle) will be improved if there is a need to enter the international market, and based on its existing capacity, Mildef can produce 40 Tarantulas a year if there is demand," he said.

With its durability and capability of reaching speeds of up to 110kmh, the Tarantula is also capable of executing various important military missions and protect its crew and passengers. – Bernama 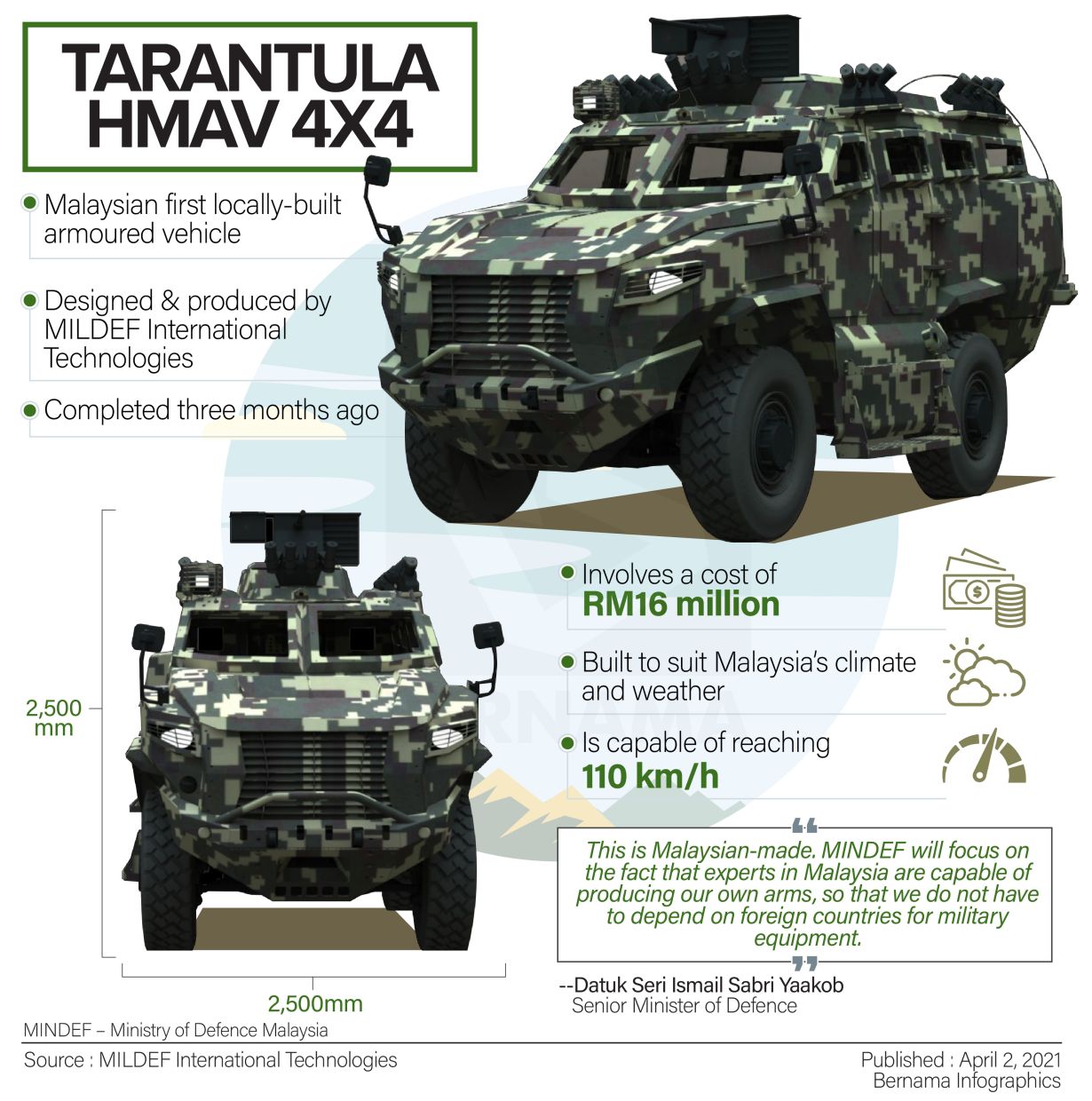 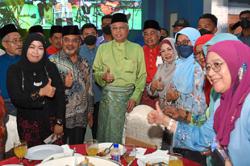 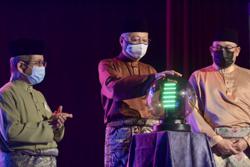