PETALING JAYA: AirAsia is appealing to 450,000 of its customers to “be patient” even as the airline has promised to honour refunds to those who bought tickets in advance, but were unable to fly due to the pandemic. AirAsia founder Tan Sri Tony Fernandes said that while the situation wasn’t “good” at the moment, he believed the airline would slowly get back on its feet.

“The reality is AirAsia hasn’t flown in a year. We haven’t had any financial support of any kind like a lot of government airlines, ” he said in a video posted on AirAsia’s Facebook page yesterday.

He said that since January last year, it had already made 1.5 million refunds.

At the same time, Fernandes said 2.9 million people had agreed to get their refunds in the form of credit shells.

“That is the best support anyone could give me and all the All-stars. For that I will be forever grateful, ” he said, adding that his airline was committed to pay back what was owed to the 450,000 customers.

“Every week we are clearing with whatever little cash we have, and we will get there for sure, ” he said.

“Please give us time, please be patient. I have given you exactly the numbers, and so please appreciate our transparency, ” he said.

“Many of you never flew before AirAsia. We created hundreds of thousands of jobs.

“Covid-19 is not our fault. We are not bad people. It has obviously affected us like many other airlines, ” he said, adding that while the company was trying to keep as many of their workers as possible, it had to let go 10% of them, while others had to take paycuts.

He said its long haul outfit, AirAsia X, was in deep financial difficulty because it had not flown anywhere, and had to deal with “unfair” competition.

While saying that AirAsia X will undergo a corporate restructuring to survive, he is confident both the airlines will come back stronger.

“Keep the faith. We will get there and we will do our best as soon as possible to get you flying, to get your refunds back, ” he said. 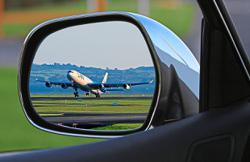