FISH farm operators in Jerantut, Pahang, were baffled after they discovered that thousands of catfish being reared in a river had died since last Sunday, Sinar Harian reported.

Afzalrullah Isharum, who operates a fish farm at Sungai Pahang, Kampung Lada in Jerantut, said some 18,000 of his catfish died.

This is the second time the 28-year-old farm fish operator has suffered such a huge loss, the first being in 2014 due to floods.

He said operators don’t know what killed their fish but they suspected it could be due to the salinity of the river water as it had been milky the past few days.

Afzalrullah, who has been managing the 20-year-old family business, said he suffered RM30,000 in losses when the fish in 16 cages died.

“On Tuesday, the Fisheries Department came to collect water samples, ” he said, adding that he hoped they would discover the cause of death.

Another operator, Kamarulzaman Rusly, 29, said he was lucky as he only had one cage in the river.

He said he just started to rent and rear fish, so was only operating one cage.

> Having been married for more than three years, singer-songwriter Yuna does not feel pressured to have a baby, Harian Metro reported.

Yuna, whose full name is Yunalis Zarai, said she and her husband accept God’s will but would not stop praying to welcome a new family member.

She added that there was no pressure, “but I just pray that we would be able to have a child quickly. I believe God will give us one at the right time, Insya-Allah.”

Yuna and her husband, Adam Yuosof Mohamed Sinclair, tied the knot on Jan 26,2018.

> A husband and wife decided to quit their jobs to focus on their burger business that has grown to 103 stalls from 17 stalls in 2018, Kosmo! reported.

Muhammad Dinie Mohamed, 31, a former firefighter, said he made the decision to quit his job last February to focus on Official Street Burger.

He started as a part-time burger seller in 2014 to earn extra income.

His wife, Nur Khalijah Zaidan, 30, said she also resigned from her job as a bank officer in 2019 to manage the business.

“We decided to embark on the burger business as we felt there is a big demand for such meals, ” she said. 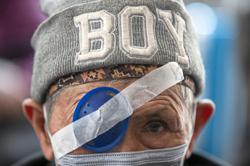 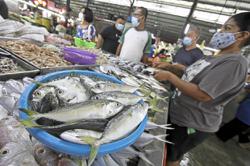