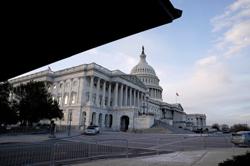 KUALA LUMPUR (Bernama): Former Attorney-General (AG) Tan Sri Mohamed Apandi Ali (pic) is seeking the correspondence between former Prime Minister Tun Dr Mahathir Mohamad and the Malaysian government over his termination as the AG to prove his lawsuit against them.

"The documents are relevant to the case. They (documents) are in the possession of the defendants (Dr Mahathir and the government) and they are not classified as falling under official secrets," he said in his submission at the hearing of Mohamed Apandi's application to obtain the documents before Judicial Commissioner Datuk Seri Latifah Mohd Tahar through Zoom.

In the application filed on Dec 11 last year, Mohamed Apandi as the plaintiff, among others, sought a court order to allow him to freely inspect and be provided with a copy of the documents or letters on the termination of his service.

He said the documents were in the possession, custody or within the power of both defendants and these should be given to the plaintiff to prove his lawsuit.

Senior federal counsel Shamsul Bolhassan who acted for the defendants in opposing the application, submitted that Mohamed Apandi’s request was too vague.

"The documents sought are not relevant, not necessary and not sufficiently specified, and the unidentified documents requested have a high possibility of being classified as 'RAHSIA' under the Official Secrets Act 1972 and cannot be disclosed, hence the application is a waste of time," he said.

The court fixed May 25 for a decision.

On Oct 13 last year, Mohamed Apandi filed a suit naming Dr Mahathir and the government as the first and second defendants, seeking among other things, a declaration that his dismissal as AG made by the former prime minister was unlawful.

Mohamed Apandi is seeking special damages in the sum of RM2,233,599.36, general damages, exemplary and/or punitive damages, costs and other relief deemed fit by the court.

In a statement of defence filed on Nov 12, last year, both the defendants stated that there was no abuse of power by the first defendant, Dr Mahathir, in the termination of Mohamed Apandi’s service as AG and of his contract as a legal officer. - Bernama 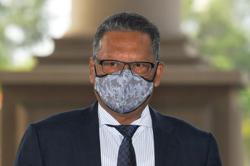 MCO for whole of Malaysia
Whole of society approach needed to battle virus, say experts
Selcare: Majority of younger virus carriers are asymptomatic
Miti letter will see you through
Consequences dire if you take virus precaution for granted, say M’sians in India
Stuck on the Federal Highway longer than usual
Adham: Bosses must let employees quarantine at home or face action
Selangor Sultan calls on people to celebrate Aidilfitri moderately, be vigilant
Sabah to stick with CMCO guidelines until May 17 despite nationwide MCO
Khairy: HIDE able to identify potential Covid-19 hotspots despite blind spots in system