PETALING JAYA: The strained ties between Umno and Parti Pribumi Bersatu Malaysia (Bersatu) isn’t something surprising, as it is impossible for an established party to collaborate with a neophyte party, says Tun Dr Mahathir Mohamad (pic).

Dr Mahathir, who was former Bersatu chairman, also said that he had once warned Bersatu’s leadership regarding the potential fallout with Umno.

“During then (the end of last February), there were proposals to nominate me as the prime minister in the new coalition.

“Umno is stronger than Bersatu and Bersatu is a new party. They told me they can handle problems. But now, Umno doesn’t want Bersatu and they are having problems with other parties. PAS even have their own problems, ” he was quoted as saying by Astro Awani.

Dr Mahathir, who is also Langkawi MP, was speaking to reporters during a walkabout at Pantai Chenang, Langkawi, on Tuesday (March 30).

On Sunday (March 28), the motion to sever ties with Bersatu was unanimously agreed by delegates in the Umno general assembly, which was a two-day affair from March 27 to March 28.

Umno president Datuk Seri Dr Ahmad Zahid Hamidi’s speech on Sunday had declared that the decision to sever ties with Bersatu was final.

He also said there will be no cooperation with DAP, PKR and Datuk Seri Anwar Ibrahim, adding that no talks with the parties, whether informal or formal, have been held.

Umno had also given its president and supreme council the mandate to withdraw support from the Perikatan Nasional government “at any time it deems fit”.

Sources familiar with the said meeting have remained tight-lipped over the outcome of the meeting. 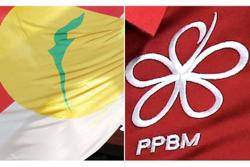 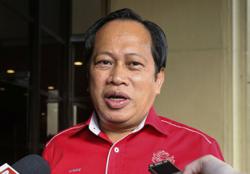