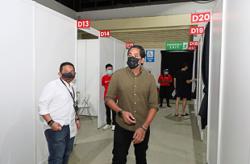 PETALING JAYA: The government is considering setting a deadline for vaccination registration as proposed by Prime Minister Tan Sri Muhyiddin Yassin to speed up the registration process, says Khairy Jamaluddin.

The move will help improve the ability to make projections and planning in the national vaccination programme.

The Science, Technology and Innovation Minister said however, for now, the government is still discussing whether it is suitable and when the date can be announced.

"If we decide that the suggestion can bring a positive outcome to the number of vaccinations, we will announce it later," he said at a press conference in Putrajaya on Monday (March 29).

Khairy, who is also the coordinating minister of the National Covid-19 Immunisation Programme, said as of March 10, the number of vaccine doses available for frontliners in the first phase of the vaccination process have been increased from 500,175 to 647,398.

"The additional vaccines will be distributed to the frontliners in the next two weeks," he said.

He added that when vaccine supplies are sufficient, there will be an agreement between the government and private sector to prioritise vaccination for industries in red zone areas.

"This agreement will be announced when we finalise the form of cooperation with the companies in the industries.

"Industries with more than 5,000 workers will be prioritised, as well as those located in high-risk or red zone areas," he said.

Khairy said the Environment and Water Ministry has outlined a guideline named the Green Vaccination Programme to encourage eco-friendly operations at vaccination centres, especially as it involves a large number of people and resources, including the handling of procured goods.

"This guide is an initiative to make resource management more sustainable, in terms of waste management and electricity usage and others.

"The Environment and Water Ministry will be advising the Covid-19 Immunisation Task Force (CITF) on the guidelines." he said.

Khairy said that he has discussed with the National Security Council, Home Affairs Ministry, International Trade and Industry Ministry and Foreign Affairs Ministry on vaccination for foreigners in the country, including embassy staff, foreign students, as well as legal and undocumented migrants.

"I have received a letter from the United Nations (UN) offering cooperation in this matter, which will be raised to the cabinet for the decision on the policy," he said.

Covid-19: Economic frontliners, those registered on MySejahtera may get vaccine as early as April or May 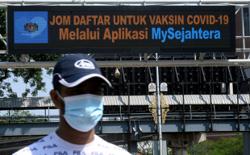 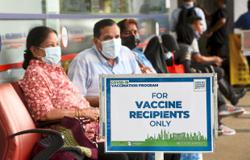