Nilai OCPD Supt Mohd Fazley Ab Rahman (second from left) looking at some of the machines seized during one of the raids.

The seizure was also the biggest in Negri Sembilan so far, the Nilai OCPD added on Wednesday (March 24).

The machines, worth some RM1.6mil, were seized during joint raids with Tenaga Nasional Bhd (TNB) at nine premises in Bandar Baru Nilai and Bandar Enstek on Tuesday (March 23).

The illegal activity has caused TNB to lose some RM2.1mil to power theft over the past year.

“We conducted the raids after carrying out surveillance work with TNB over a two-week period," Supt Mohd Fazley told reporters.

Police also detained two men, including a China national, at one of the premises.

Both are in their 30s and have admitted to being hired as technicians, Supt Mohd Fazley said.

“The modus operandi of those involved in the illegal business is to rent the upper floor of a premises to avoid detection.

“They do so because the mining activity generates noise, ” he said, adding that police would call in the owners of the premises to help with the probe.

Supt Mohd Fazley said preliminary investigations showed that those involved in the activity had tampered with the premises' electricity meters.

The cases are being probed under Sections 397 and 427 of the Penal Code for power theft and causing mischief to property.

TNB will also conduct its own probe under Section 37(3) of the Electricity Supply Act for meter tampering and power theft. 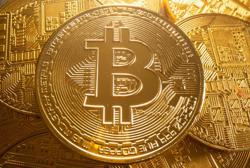