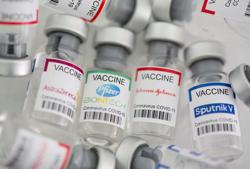 "As for daily cases, Sabah recorded 45 new cases today, with no fatalities," he added.

Earlier, Masidi tweeted that there were zero new cases in 16 districts, and with the exception of Kota Kinabalu, other districts registered new cases only in the single digits.

"Kota Kinabalu had 12 new cases, five of which are linked to the Sinsingon cluster in Nabawan," he added.