Motorcyclist dies after being run over by police truck 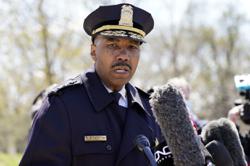 KOTA BARU (Bernama): A motorcyclist died he was run over by a police truck carrying four policemen and 29 inmates in an incident at Kampung Demit, Kubang Kerian, here Tuesday (March 23).

Kelantan police chief Datuk Shafien Mamat said the police truck was on its way from Pengkalan Chepa to the Covid-19 quarantine centre in Batu Jong, Kuala Krai when the accident occurred.

"The accident occurred at about 9 am when a 21-year-old man riding a motorcycle rammed into a cAR and lost control of his bike before falling onto the road.

"The police truck, which was coming from the opposite direction, could not stop in time and the victim was dragged under the vehicle for about 10m," he told reporters at the scene.

Shafien said following the crash, 80% of the truck was burned and the engine parts were damaged.

He said all four policemen and 29 inmates were rescued and were not injured and were transferred to another truck which was at the location heading towards Kuala Krai.

The case is being investigated under Section 41(1) of the Road Transport Act 1987, he said, urging witnesses to come forward to assist the investigation.

Meanwhile, a witness, Zizah Yusoff, 51, said she was tending to her shop when she suddenly saw fire coming from under the police truck and heard a small explosion.

"The truck stopped in front of my shop and I alerted the police about the fire. They immediately got out of the truck along with the inmates," she added. – Bernama 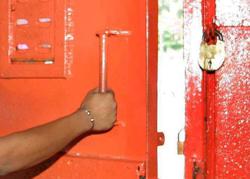