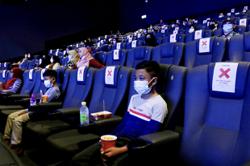 KUALA LUMPUR: The government is ready to discuss proposals on the exemption of entertainment tax for cinema operators affected by the Covid-19 pandemic, says Communications and Multimedia Minister Datuk Saifuddin Abdullah.

He said no official memorandum had been sent to the ministry despite complaints and suggestions on the matter from the industry.

“Although the collection of entertainment tax comes under the jurisdiction of the local authorities in their respective states, the Federal Government is still open to discussion.

“I have heard complaints (on entertainment tax exemption) for a long time, but since the pandemic began, this matter has gained traction. There is no official memorandum yet, but I am aware of this matter and we are looking into it.

“I very much welcome any formal application and we are ready to discuss it, ” he said after monitoring compliance with standard operating procedure at Golden Screen Cinemas in Mid Valley Megamall here yesterday.

The minister also called on the public to head to the cinemas, saying that there was nothing to worry about if the set SOP was adhered to.

“The reopening of cinemas will help the economy and boost the income of cinema staff and other related industries, ” he said.

Meanwhile, Saifuddin said the Ziarah Finas Prihatin 3.0 programme continued to run although the country was now under the conditional movement control order or recovery MCO.

He said the programme, organised by Finas (National Film Development Corporation Malaysia), was being held without publicity, in compliance with the SOP and with police permission to visit the targeted individuals. — Bernama 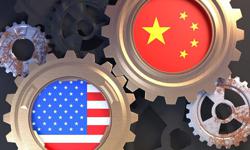