PETALING JAYA: Nearly a year after the first movement control order was declared, experts observed that Putrajaya has managed the Covid-19 health crisis relatively well but some issues need to be addressed, especially those regarding enforcement of rules.

The government did well in suppressing the first and second waves of the pandemic but let its guard down following the Sabah election, said Professor of Economics at Sunway’s University Business School Dr Yeah Kim Leng.

In terms of boosting economic recovery, he noted that the government had learned to tread a fine line between caring for people’s lives and their livelihoods.

“The nationwide lockdown during the first wave was unduly restrictive, to the extent that the economy contracted by 17.1% in the second quarter of 2020.

“But lessons from the first movement control order were utilised in the second MCO, resulting in a less severe economic impact, ” he said, adding that the rollout of relief and stimulus packages was helpful.

Stronger measures were needed to contain outbreaks among foreign workers, largely due to poor living conditions, he said.

Credit goes to the Health Ministry for having prepared well in anticipating the Covid-19 outbreak before the pandemic emerged in the country, said Universiti Putra Malaysia medical epidemiologist Assoc Prof Dr Malina Osman.

“All preventive and control measures coordinated by the National Security Council have been executed according to the recommendations by the Health Ministry and advice from relevant experts.

“Even though we faced tough times overcoming economic crises, our situation was very different compared to countries like Brazil, ” she said, adding that other issues such as mental health were also taken into consideration.

She said one major issue not properly addressed by the government in handling the pandemic was the enforcement of the standard operating procedure.

“We have two sets of regulations for certain SOP. For example, the compulsory days for quarantine. We should have only one set of regulations to avoid confusion.

“Moreover, by violating the SOP, a few persons who are well known and respectable public figures failed to set good examples, ” she noted, adding that some crucial decisions were made and communicated at the eleventh hour, such as the reopening of schools.

Although the country’s economy was dampened by the pandemic, Federation of Malaysian Consumers Associations (Fomca) chief operating officer Saravanan Thambirajah said steps were taken to alleviate the financial burden of the people.

“There were controls on the price of face masks, which was helpful to prevent businesses from taking advantage of the situation.

“The supply of food such as vegetables, rice and poultry was adequate in the majority of places in Malaysia, ” he said.

The financial aid (Bantuan Prihatin), he added, was helpful for many Malaysians, as well as the loan moratorium.

But he noted that there were concerns raised by many consumers that the banks were not helpful enough in approving applications for targeted moratoriums or in giving financial assistance.

He also said that the communication and enforcement of SOP were different between various agencies, leading to confusion and anxiety among Malaysians.

“The increase of the fine to RM10,000 is very high and the implementation of the SOP is also very vague, ” he added.

He said utility companies such as water and sewerage operators were also looking to increase their tariffs, adding that the government must intervene in such plans. 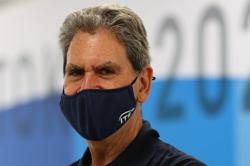