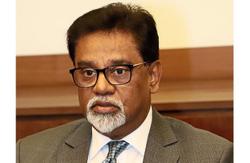 "I am sure there are parties who are not happy with Datuk Dr Xavier Jayakumar's decision to leave his PKR but he has his reasons.

"We have been hearing many accusations, saying that the government may have been involved in his decision.

"To those (making accusations) please come up with evidence before accusing Perikatan," the Parti Pribumi Bersatu Malaysia deputy president said after attending the Perak Bersatu dialogue programme at a hotel here on Sunday (March 14).

On Saturday, Dr Jayakumar, who is also Kuala Langat MP, said he was leaving PKR with immediate effect, resigning both as a party vice-president and a member.

In a press release, the former water, land and natural resource minister said he was leaving the party as he is "extremely frustrated" by events of the past year.

Ahmad Faizal said it was not easy to pressure senior politicians into making such a decision.

"Perhaps they are interested in Perikatan, hence why they are pledging their support," he said.

Dr Jayakumar, who joined PKR in 1998, was recently the subject of controversy when Perak PKR deputy chief MA Tinagaran was called in by the Malaysian Anti-Corruption Commission (MACC) for questioning.

The MACC had seized RM1.2mil from a house as well as the home of a suspected proxy and a luxury car, which had been purportedly used by Dr Jayakumar when he was part of the Pakatan Harapan cabinet from 2018 to 2020.

Separately, Bersatu information chief Wan Saiful Wan Jan, who was also at the event, said the party was focussing on curbing false information and fake news.

"Our party president Tan Sri Muhyiddin Yassin has told us to prepare since last September.

"In support of our president, the party machinery will be working hard to curb any fake news, especially nearing the next general election," he said. 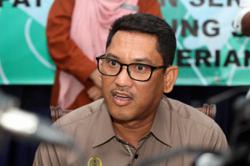