The lucky women received roses and other gifts from Yeow during the event held at Menara Star here yesterday.

“I have a lot to learn from all of you and hope to have more opportunities to interact, going forward, ” Yeow said in a brief address.

“To all the female staffers – good job, bravo and keep it up.”

The event, organised by Koperasi Star Media Group Bhd, saw the distribution of roses, cupcakes and ang pow sponsored by the cooperative and some of its former board of directors.

“This is the second time we have organised an International Women’s Day event, ” said Koperasi SMG chairman Karthigesu Muniyandi.

“We organised a similar one last year.

“We also want to create awareness on the cooperative to SMG employees such as long-term savings, financial aid and other membership privileges.”

This year’s international theme is #ChooseToChallenge and seeks to encourage people to commit to help forge an inclusive world.

Govt to get more women to join in nation-building 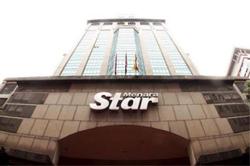