KOTA KINABALU: State opposition parties under the informal Warisan Plus banner are expected to formalise ties ahead of a possible early general election.

This was decided during a Warisan Plus meeting on Friday, he added.

“We will be meeting soon to work out a structure, ” he said when opening the new Sabah DAP office in Luyang here.

When asked if they plan to register the grouping, Chan said the matter would be among the issues to be discussed when they meet.

He said a discussion was needed on which party logo to use during the next general election.

“In the state election, we used the Warisan logo to show unity. Now when we look at the general election, we will have to decide on what logo will be appropriate.”

On the question whether there were opposition MPs and assemblymen crossing over to the ruling Gabungan Rakyat Sabah (GRS), Poon said Sabah DAP’s six assemblymen and three MPs were staying with the party.

“We are working together as an opposition, ” he added. 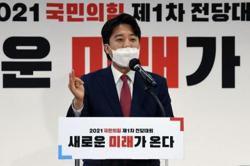