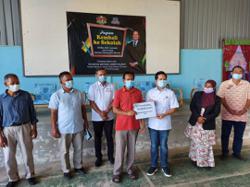 KOTA KINABALU: The Pensiangan district in Sabah’s interior division will soon have improved Internet connectivity with 40 new telecommunication towers and upgrades of the existing 44 towers.

Deputy Minister in the Prime Minister’s Department (Economy) Datuk Arthur Joseph Kurup said the improvements were being planned under the National Digital Infrastructure Plan (Jendela) at the Pensiangan parliamentary constituency.

He said this after presenting early school assistance and supplies to pupils of SK Mansiat in Keningau.

“This telco development is scheduled to be completed by 2022.

“Rural folk there are expected to enjoy better Internet facilities provided by the government from now on, ” he said.

Arthur said the government’s move to include remote areas for such a massive connectivity project showed that rural areas were not being left behind for development.

“Projects like these will reduce the technology gap between urban and rural areas, and in a bigger context, the gap between Sabah, Sarawak and the Peninsula, ” he added. 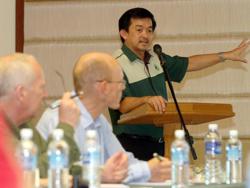