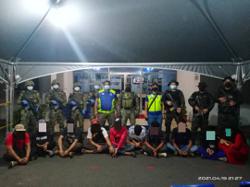 Eastern Sabah Security Command (Esscom) commander DCP Datuk Ahmad Fuad Othman said the four suspects are aged from 24 to 72 and were nabbed with 20 plastic bags of ketum juice and 11kg of leaves at about 3.30pm.

He said they were nabbed at a roadblock at the area where security forces inspected the van they were in.

"This led to the discovery of two large boxes with the items inside," he said in a statement on Monday (March 8).

DCP Ahmad Fuad said all four suspects have been detained and will be investigated under the Poisons Act 1952 and added that the van was also seized following the raid.

DCP Ahmad Fuad said Esscom would continue strengthening border controls and security together with other agencies by conducting roadblocks and patrols.

He said efforts to prevent illegal immigrants from entering the country - especially during the Covid-19 pandemic - would be intensified as well. 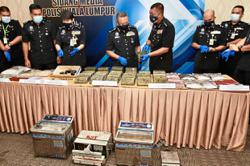