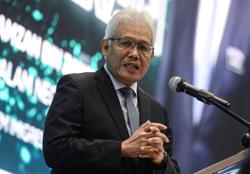 PETALING JAYA: Parti Pribumi Bersatu Malaysia has discussed Umno’s decision to only work with Perikatan until the dissolution of Parliament, and realised it is as not simple as cutting Umno off completely, says deputy president Datuk Seri Ahmad Faizal Azumu.

“We received the official letter from Umno president Datuk Seri Ahmad Zahid Hamidi stating that the party will only work with Bersatu until the dissolution of Parliament, after which it will go on its own in the general election. 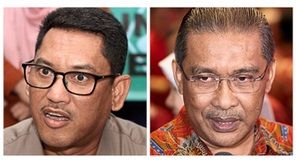 “Although we know for a fact that this may be the view of Ahmad Zahid alone and not the whole party, we discussed it as it was an official letter from Umno.

“We have yet to get an official view from Umno grassroots leaders and other Umno supreme council members on working with Bersatu.

“In the present political climate, no one party can win the elections alone as Perikatan has a majority support especially from the Malays.

“But we have to prepare ourselves to strengthen the Perikatan coalition in preparation for the election if Umno does decide to go its own way.

“As for now, Bersatu’s focus is on the rakyat’s woes and interests and we have been instructed by Prime Minister Tan Sri Muhyiddin Yassin to make sure politics take a backseat, ” said Faizal when contacted.

On Thursday, Perikatan member PAS said it was committed to strengthening ties with its two main allies – Bersatu and Umno – for continuity of the government.

“PAS rejects ‘a new form of colonisation’ which involved working with Pakatan Harapan or any of its allies.

“PAS is confident that any difference, dispute and misunderstanding can be harmonised by the top party leadership based on the principle of ukhwah (brotherhood) for the sake of the country and the people, ” he said when contacted yesterday.

Takiyuddin added that PAS would also emphasise efforts to empower Muafakat Nasional, and at the same time defend Perikatan at all levels.

Several Umno leaders have conflicting views regarding the contents of Zahid’s letter to Bersatu.

Arau MP and Perlis Umno liaison chief Datuk Seri Shahidan Kassim said he would wait for the final decision in the upcoming Umno general assembly at the end of this month.

“We were not informed officially by the party president on such matters. We will still cooperate with Bersatu until GE15 is called, ” he said.

“Everyone was allowed to give their views during the Umno supreme council meeting and we came to that decision.

“But our ministers can remain in Perikatan until Parliament is dissolved, ” he said, adding that Umno was taking a calculated risk in not wanting to cooperate with Bersatu in the next general election.

“Everything else, we will leave to Allah, ” he said.

On Thursday, Bersatu called for a supreme council meeting to decide on Umno’s termination of cooperation with the party.