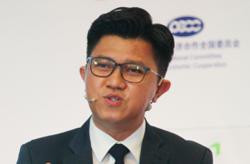 KUALA LUMPUR: The economic recovery plan and efforts to combat Covid-19 are among the motions to be brought forth and debated at the MCA annual general meeting (AGM) this weekend.

The AGM, the first to be held in a hybrid manner due to the pandemic, would discuss efforts to empower the party to face the 15th General Election (GE15), said party secretary-general Datuk Chong Sin Woon.

A total of 120 delegates from Kuala Lumpur and Selangor will be attending the AGM physically following the announcement by Senior Minister Datuk Seri Ismail Sabri Yaakob on Tuesday which allowed inter-district movement.

“The rest of the delegates will be participating in the AGM virtually, including the press, via MCA’s official Facebook page. We are not inviting any representative from Barisan Nasional (BN) component parties this time around.

“Our party president Datuk Seri Dr Wee Ka Siong will officiate the opening of the 2020 AGM, which

is being held together along with the 72nd party anniversary celebration, ” he said.

It will be followed by the party’s 72nd anniversary celebration and the opening of the AGM by Dr Wee on Sunday.

Chong described this year’s AGM as special since the Registrar of Society recently approved changes to the party’s constitution, that were decided on in 2019, which among others allow non-Chinese to join MCA as associate members.

“Also approved was the amendment that party elections be held six months after a general election.

“This will enable the party to focus on the empowerment of members and election operations, ” he said, adding that MCA now had 1.05 million members.

He also said the 2021 MCA AGM would be held at the end of November or December this year.

When asked whether Umno’s decision to cease cooperation with Bersatu in GE15 would also be discussed at the AGM, Chong said it was never on the agenda. 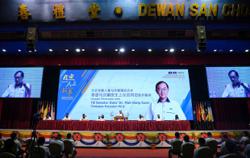