He said on Saturday (March 6) that his Ministry would submit the proposal to the government in the near future.

"From the information received, family members of the security forces (military and police) need data and internet access to help with their children’s learning process.It appears that most of the 'lines' (internet network) are weak. We need to look at it because of the military and police personnel service (and sacrifices) for the country, ” he said.

He said this after presenting school uniforms to the children of members of the Malaysian Armed Forces (ATM), Royal Malaysia Police (PDRM) and Correctional Services at the 30th Brigade Headquarters, Bukit Cowder Camp, Padang Besar.

Zahidi, who is also the Padang Besar MP, said that his Ministry had held discussions with several telecommunication companies and they had stated that it could be implemented. - Bernama 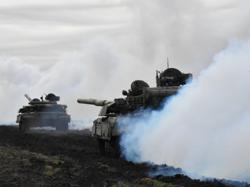