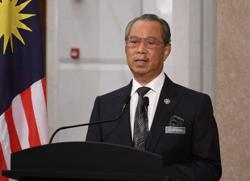 PETALING JAYA: Parti Pribumi Bersatu Malaysia has denied all claims in a viral message including an allegation that Datuk Seri Azmin Ali will be appointed deputy prime minister in preparation for a general election.

“All information in that message is wrong and fake and has nothing to do with any top leadership meeting,” he said on Saturday (March 6).

Hamzah said Bersatu will be lodging a police report over the viral fake message to find its source.

“We will take every legal measure to protect the interests of the party and its members,” he said.

Among other claims in the viral message were party leadership instructing all members to prepare for a general election supposedly set in July and that Hamzah had asked PAS secretary-general Datuk Takiyuddin Hassan to get PAS to be a mediator to settle differences between Umno and Bersatu.

“We released a statement following our meeting on March 4 and nothing like what was listed in the viral message was discussed,” he said.

In a statement on March 4, Bersatu said it would focus on strengthening ties with partners in Perikatan Nasional including PAS, STAR, Sabah Progressive Party and Gerakan as it prepares for the next general election.

“It was all discussed in good spirits,” Wan Saiful added. 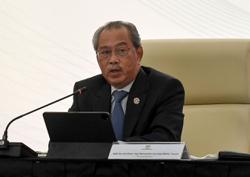