Court of Appeal president Tan Sri Rohana Yusuf, who chaired a seven-member bench, said the court had answered in the negative to a legal question posed by Kepong MP Lim Lip Eng to strike out a defamation lawsuit filed against him by the MCA.

The question was whether a political party could maintain a suit for defamation in the light of the decision in Goldsmith v Bhoyrul (1998), an English case which provided that political parties cannot be claimants in defamation suits.

In allowing the appeal by Lim, Justice Rohana set aside the decisions of the High Court and Court of Appeal which dismissed Lim’s application to strike out the suit.

When handing down the decision, Justice Rohana said the court agreed with the submissions by Lim’s counsel Datuk Seri Gopal Sri Ram.

She also said the court would give the grounds of judgment in the case.

In the proceedings conducted via videoconferencing, Sri Ram submitted that following the decisions in Goldsmith v Bhoyrul and Rajagopal v Jayalalitha, political parties could not sue for defamation.

He said both the government and political parties, being registered societies, could not maintain a cause of action in defamation as societies or the government had no reputation.

Sri Ram said the law of defamation protects the reputation of persons.

He also said that the court had wrongly decided in the case involving the Sarawak government against Sarawak DAP chairman Chong Chieng Jen, where the Federal Court had ruled that the government could sue individuals for defamation.

In July 2017, then MCA secretary-general Ong Ka Chuan, on behalf of MCA, filed a defamation suit in his capacity as a public officer, against Lim over remarks he made at a press conference at the Parliament building in 2016 over allegations that the political party had used government funds allocated for Chinese vernacular schools.

On Feb 27,2018, the High Court rejected Lim’s application to strike out the suit and he lost his appeal at the Court of Appeal.

In the proceedings, Ong’s lawyer Ng Chew Hor argued that the suit should not be struck out but should go for trial in the High Court.

He said political parties have a reputation too and should be protected. – Bernama 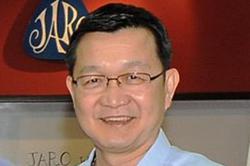