Some requesting Adibah to teach English SINGER and actress Adibah Noor (pic), who had the spotlight trained on her when she corrected the pronunciation of a minister, said she has received messages from people asking her to teach English, Berita Harian reported.

“In fact, there are some who are prepared to provide a platform for me to teach the language, ” said Adibah, who has qualifications in Teaching English as a Second Language.

However, she acknowledged that she would not be able to do it on her own.

“I don’t have a team that can help me with the assignments such as doing the graphics, ” she said.

Adibah, who has appeared in movies such as Sepet, said she had once corrected the pronunciation of a newsreader.

“She thanked me privately, ” she said, adding that the newsreader was grateful for the feedback.

> He was almost bitten three times, but that did not stop him from catching a 20kg cobra at a chalet in Jerantut, Pahang.

It was the third cobra in the past month to have entered the kitchen of the chalet, where it headed to the bin which contained food waste, Harian Metro reported.

Mohamad Farhan Hakim Mohamad Rusli, 30, said that it wasn’t the first time he had caught a cobra but this particular reptile had been more aggressive.

The snake, he said, was handed over to Perhilitan.

Farhan said that he learned to catch snakes from other villagers when he was a child.

> Mohd Afiq Ikmal Muhammad Zaini, 23, seemed to know that he did not have much time left, reported Berita Harian.

Malaysia’s first liver transplant recipient, who died on Tuesday, had pre-ordered 35 gift boxes for the staff of Selayang Hospital who had been treating him since January.

Mohd Afiq Ikmal, who had a liver transplant when he was 14 months old, ordered the gifts before his situation turned critical on Feb 13.

He had been in the hospital for 18 days.

Wan Mohd Hafizam, who donated part of his liver to him, said Mohd Afiq Ikmal had asked for the boxes to be distributed this month.

“He paid for the gifts in advance. We do not know what’s inside the boxes. His sibling and I will distribute the gifts after his funeral, ” he said.

Hafizam, who was 23 at the time of the liver donation, has no blood ties with Mohd Afiq Ikmal. 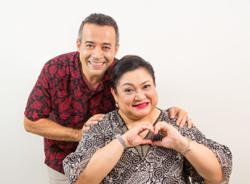