IPOH: The police say that more than five drug syndicates in the country are believed to be linked to several VVIPs, and they are closer to taking action against them.

Inspector-General of Police Tan Sri Abdul Hamid Bador said it was a matter of time they would be caught.

“My statements are not blank warnings to those funding the illicit trade. We have all the data on them but we still need a few more pieces of evidence that will connect them directly, which we will be getting no matter what, ” he said after closing the Orang Asli constable basic course at the General Operations Force (GOF) headquarters here yesterday.

On Sunday, he said the NCID was in the process of taking action against drug lords who were found living in luxury by using their legitimate business as a front, making it difficult for the police to obtain information that could link them to drug-trafficking activities.

NCID director Comm Datuk Razarudin Husain also said that three individuals with the titles “Tan Sri” and “Datuk” were suspected to be masterminds of drug cartels, and were hiding behind legitimate businesses such as shipping and transport companies and hotels.

Abdul Hamid said the drug threat to the nation’s economy was real as more than 100,000 addicts were not contributing to the country.

“I hope the Public Service Department (PSD) would heed the plea to recruit more police personnel.

“I admit that some of my officers and personnel have also been arrested for being involved in drugs, but my promise is to continue to instil integrity within the force.

“So I need more personnel as I do not want to be remembered as an IGP who did nothing to combat drugs in the country, ” he added.

On enrolling Orang Asli into the Senoi Praaq battalion, Abdul Hamid said he was negotiating with the PSD to relax several conditions without compromising quality.

“The flexibility we are seeking is related to physical, like height. The Orang Asli are generally smaller in size and for the Senoi Praaq battalion, we need nimble and agile persons who are highly skilled at tracking in the forest.

“As for the education requirement, PMR is sufficient. But there are many who have completed Sijil Pelajaran Malaysia joining the battalion and we are hoping to request for a different pay scheme as well, ” he said.

Abdul Hamid said there were highly qualified Orang Asli personnel with degrees and they were currently based at the 3rd battalion in Bidor and 18th battalion in Pengkalan Hulu, both in Perak.

“The management department is looking at a standardised programme to promote the Orang Asli with degrees to the rank of inspector.

“Their services are not just limited to the Senoi Praaq battalion, but beyond that as well, ” he said. 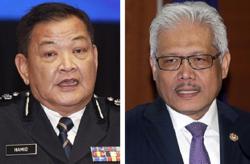 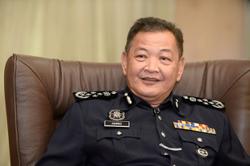