BUTTERWORTH: A man was fined RM6,000 in default three months' jail by a magistrate's court here after he pleaded guilty to illegally transporting six live pigs in August.

Magistrate Nurul Huda Idris meted out the punishment to Tan Hong Haw, 27, who nodded to the charge that was read to him by the court interpreter.

Tan was charged with illegally transporting six live pigs without the permission of the state Veterinary Services Department director, or any veterinary authority.

He was charged with committing the offence while transporting the animals from Jalan Tingkat Selamat 9 here to a slaughterhouse in Tingkat Selamat 10, Kampung Selamat, Tasek Gelugor, at about 12.15pm on Aug 29.

The accused was charged under Order 4 (1)(a) Animals (Contagious Abortion With Foot and Mouth Disease Control and Eradication) Order 2003 under Subsection 36(1)(c)(i) of the Animal Act 1953 which carries a maximum fine of up to RM15,000 upon conviction. 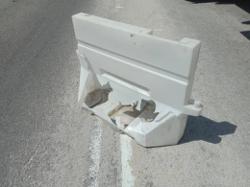 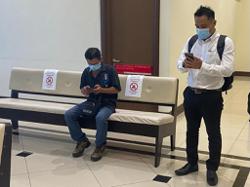