IPOH: A tailor is devastated after her pet dog was shot and later died after she took it out to look for a missing chicken in Tanjung Rambutan near here.

Chong said she kept her seven dogs and a few chickens at the back of her shop.

“When one of my chickens went missing, I took my dog Xiao Ju out to look for it.

“When walking past a few houses about 100m from my shop, I suddenly heard a gunshot.

“My dog and I quickly ran away from the area. When I reached my shop, I realised that my dog had been shot, ” she said on Sunday (Feb 28). 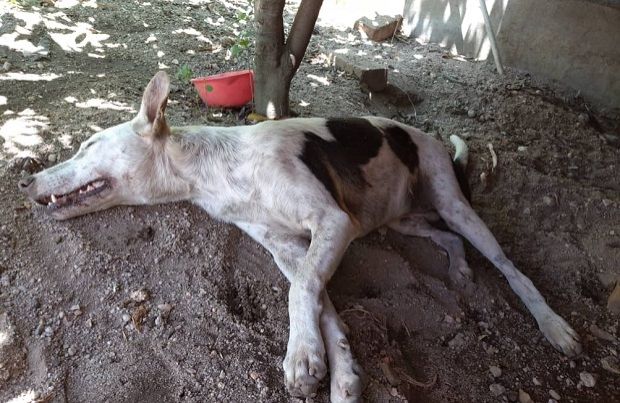 Chong said she was in a panic and tried to call a veterinarian.

"Most of the clinics were closed, and no X-ray machines were available.

"However, I managed to find one clinic on the day of the incident, but without an X-ray, nothing much could be done except to give it some medication, " she said, adding that Xiao Ju died in her shop at about 5pm.

She said she only managed to get an X-ray done on Sunday, which revealed a bullet lodged in its body.

Chong said she lodged a police report at the Tanjung Rambutan police station.

She also said the state Veterinary Department was in the midst of conducting a post-mortem examination to determine the cause of death.

"I hope the person responsible will be caught as he could have hurt me in the process as well, " she added.

Ipoh OCPD Asst Comm A. Asmadi Abdul Aziz confirmed the case, and said investigations were being carried out.