Eng and his daughter praying outside the closed temple.

GEORGE TOWN: For the first time in over 200 years, it was quiet at Hai Choo Soo Temple in Tanjong Tokong as the pandemic got the better of the annual Chneah Hoay (flame-watching) ceremony.

In the past, it would be a hive of activity with devotees and businessmen thronging the temple to watch the deity’s prediction on the economy for the year.

But this time around, the movement control order had reduced the festivities to a handful of people praying outside the premises.

A Penangite, who wanted to be known only as Ah Eng, 72, was among the few who visited the temple to pray with his family members.“We came here from Ayer Itam to light some joss sticks and pray for our family’s safety and well-being.

“Usually, we would pray inside the temple and then observe the flame-watching ceremony at midnight. But since the temple is closed, we can only stay outside.

“This has been our annual pilgrimage, ” he said when met here on Thursday.

The temple’s caretaker, who wished to be known only as Tan, 50, said the temple’s flame-watching ceremony was cancelled due to the Covid-19 pandemic. 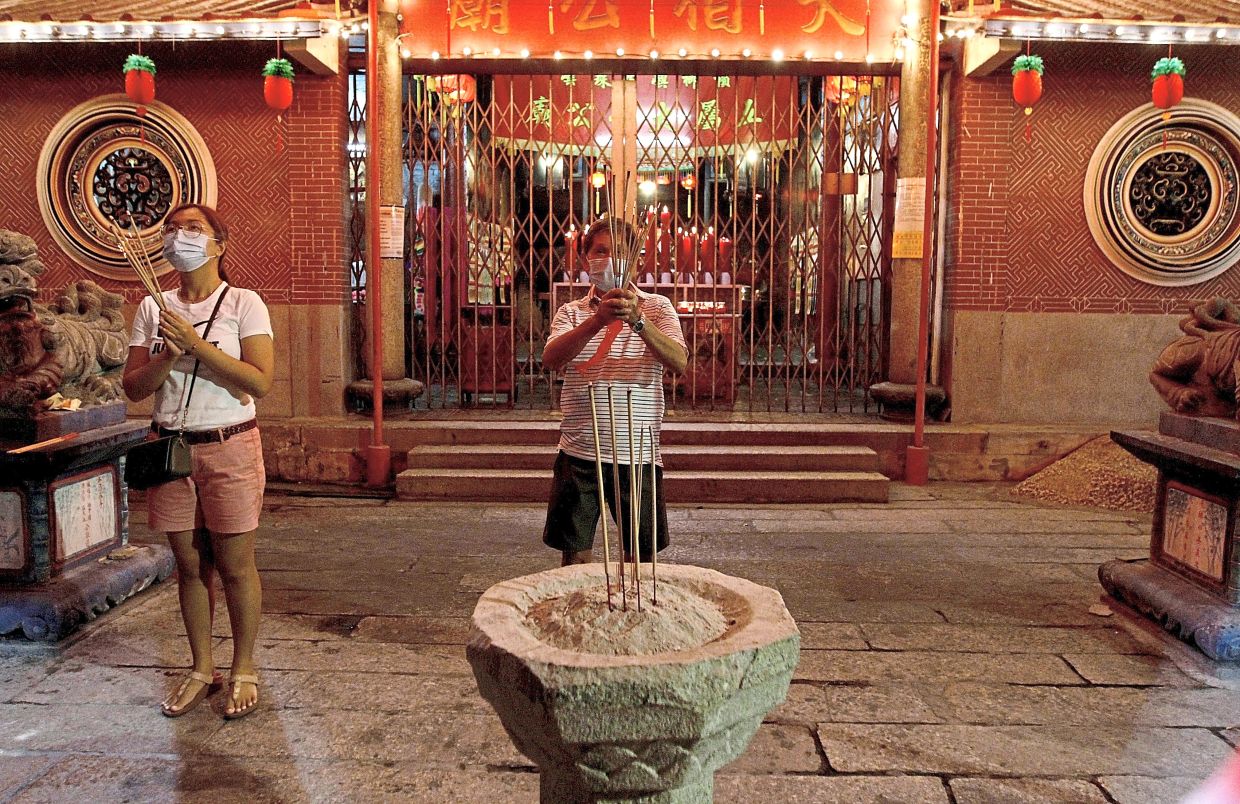 Eng and his daughter praying outside the closed temple.

“This is the first time in over 200 years that we are not holding the ceremony.

“Although we can open the temple and hold the ceremony, the temple committee decided not to as it would be hard to control the crowd.

“Since the ceremony is considered a big-scale religious event that draws a huge crowd, the committee did not dare to hold it.

“Now the temple is also closed at night, so devotees can only pray outside, ” he said.

Each year, the flame-watching ceremony takes place close to midnight.

It is a tradition to read the deity Tua Pek Kong’s predictions based on the stability, brightness and strength of three bursts of flames from the incense urn.

Usually, the statue of the deity is brought from Poh Hock Seah Tua Pek Kong Temple in Lebuh Armenian to Hai Choo Soo Temple for the ceremony and is returned the next day. 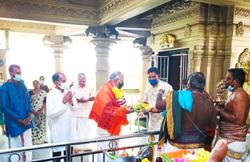