MELAKA: A 60-year-old retiree from Klebang here has been cheated by scammers, possibly using voice-cloning technology.

"In the first two months of this year alone, we have received nine reports using the same cheating tactic," he said on Wednesday(Feb 24).

Supt Sundra said in the latest case on Feb 21, the victim had allegedly received a call from his "son" claiming his mobile phone and wallet had been stolen and he desperately needed money to pay a supplier.

The victim said the caller sounded exactly like his son.

"The victim immediately deposited RM18,700 to the bank account number provided by the scammer," he said.

He said the victim then called his son and was told had not called to ask for financial assistance.

Supt Sundra said police would investigate the case from all angles, including if voice-cloning technology was used.

The programmer, who requested anonymity, revealed that scammers only need a short recording of a person's voice.

The programmer said spyware would be used to tap calls, and mobile phone users could have been enticed to click on links to malicious software. 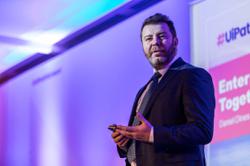