MELAKA: A love triangle saga led to a 28-year-old man being arrested for physically abusing and robbing his lover, who is a legal firm clerk.

Melaka Tengah OCPD Asst Comm Afzanizar Ahmad said the arrest was made at Taman Malim Jaya at 10.30am on Wednesday (Feb 24).

"The man was tracked down by the police following a report lodged by the victim on Tuesday (Feb 23) at Bandar Hilir police station," he said.

He said the man had also trespassed into the legal firm before assaulting the victim.

ACP Afzanizar said the man turned livid after finding out the victim allegedly had a relationship with another man.

He said the man had no previous criminal records and also was found negative for drugs.

ACP Afzanizar said police are investigating the case under Section 394 of the Penal Code for voluntarily causing hurt while committing robbery.

The man could face imprisonment for up to 20 years and can be fined or whipped, upon conviction. 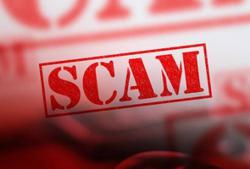