KUCHING: The Sarawak Forestry Corporation (SFC) will clamp down on the illegal trade of bearded pigs in Sarawak to prevent the spread of African Swine Fever (ASF) into the wild population.

This comes after Sarawak banned the import of pigs, pork and pork products from Sabah following the detection of ASF among pigs in Sabah's Pitas district.

SFC chief executive Zolkipli Mohamad Aton said the illegal wildlife trade was a potential conduit for the virus to head into wild animals.

"To prevent any potential for ASF occurrence in the wild, SFC will scale up field enforcement at wet markets, illegal wild meat sale hotspots and logging areas to curb the commercial sale of wild meat," he said in a statement on Tuesday (Feb 23).

Under the state's Wildlife Protection Ordinance, it is illegal to sell wildlife or wildlife parts and offenders can be fined RM5,000, while those purchasing wildlife are liable to a fine of RM2,000.

Zolkipli also said there were no reports of mass deaths of bearded pigs in Sarawak to date.

"However, we will maintain our heightened vigilance as ASF has been reported in northern Sabah," he said.

He noted that according to the Food and Agriculture Organisation, ASF had been shown to spread into wild pigs in Europe.

"This represents a serious challenge for the pig production sector and wildlife management authorities," he said, adding that SFC wanted to ensure there was no spread of ASF into the bearded pig population and domestic pig industry in the state. 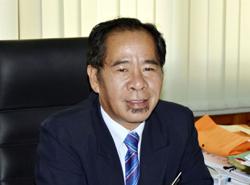