Relief and frustration over schools reopening 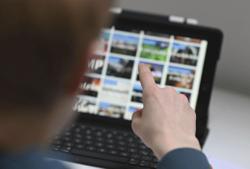 PETALING JAYA: While some parents are relieved to send their children back to school starting March 1, others are lamenting that they had just forked out money on gadgets for online learning.

Parents who welcome the move said their children had lost out on hours of face-to-face lessons since schools closed due to the Covid-19 pandemic.

“The online lessons are at a bare minimum in his school. He and his peers are merely given worksheets to do and during the online sessions, there are no interactions with the teachers, just exercises.

“So, I am happy for him to return to school because not only will his learning be more productive, it gives him the chance to socialise and better know his classmates and teachers, ” she said.

Supporting the decision, K. Maya, who has a daughter in Year Four, said children could not be placed under lockdown forever.

“Children need a social environment to learn and we cannot do it entirely online. On a daily basis, I see people with compromised mental health issues as well due to stress.

“It’s been a year; we must know how to manage this situation and follow the standard operating procedures (SOP), ” she added.

Mother-of-two Fauzia Sultan said being stuck at home was not good for the children’s mental wellness.

“Having the tools and gadgets for online learning will remain useful for the family as schools can provide additional learning support via digital platforms, ” she said.

Alliance for Safe Community chairman Tan Sri Lee Lam Thye said while online learning had been of “some help”, it has taken a toll on teachers, students and parents, adding that the new format of learning had not been well received due to limitations.

“The staggered approach in the return to schools is the best option so that schools can gradually accept the students and ensure that all will follow the SOPs laid down by the Education and Health Ministries, ” he said in a statement yesterday.

However, some parents vented their frustrations on social media, pointing out that students were just getting used to home-based teaching and learning (PdPR).

“TV pendidikan was just launched. Parents bought tablets/gadgets. Teachers just completed their schedules for PdPR 2.0. After that the announcement to reopen schools are made?” wrote Twitter user Fadhlina Siddiq.

Educationist Datuk N. Siva Subramaniam said parents should look at the PdPR 2.0 as a plan B as there were no certainties as to how long the pandemic would last. 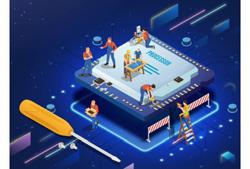