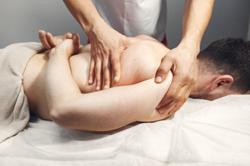 The party’s supreme councillor Yong Yit Jee said it was disheartening not to allow these businesses to run despite the Federal Government allowing such trade in Peninsular Malaysia to operate.

He said the Association of Malaysia Spas (AMSPA) president Datin Jeanette Tambakau explained that spa and reflexology operators have been severely affected by the government’s regulations since March 2020.

“They were only able to operate for half a year and many reflexology operators have already closed down, ” he said in a statement.

He said that AMSPA and the Malaysian Association of Wellness and Spa have complied with the SOP outlined by the Ministry of Health and National Security Council.

“Both associations even took extra steps by setting up a Covid-19 special task force, initiated a ‘Safe to Spa’ campaign with stricter SOP since July last year and initiated training for operators to operate in a safe environment, ” he said in appealing to the state government to allow them to reopen.

“I hope the state government would relax the rules and allow spa, reflexology and wellness centres to operate during this CMCO, ” he added.