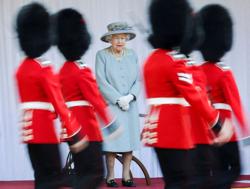 PETALING JAYA: Pastor Raymond Koh (pic) may still be missing after his abduction four years ago but his family are not giving up their fight to ensure justice is served.

His wife Susanna Liew said the past four years have been painful and the family is still in grief.

“There is a lot of uncertainty because we don’t know if he is dead or alive. But we are not giving up and will continue to push for justice. We need closure, ” she said yesterday.

Besides continuing to speak out about the case, Liew said a civil suit was filed against the government a year ago.

She also said she was angry and disappointed that the special task force setup to look into the case had yet to show results.

Liew said she had met with then prime minister Tun Dr Mahathir Mohamad and the then home minister Tan Sri Muhyiddin Yassin when Pakatan Harapan led the government.

“I’m disappointed that there has been no political will to solve the case, ” she said, adding that her three children are affected by their father’s disappearance.

Liew still has hope her husband is alive and will be brought back, saying she dreamt about him a few days ago.

“We have to keep pressuring the government to do something and for the perpetrators to be brought to justice, ” she added.

She said if Koh had done anything wrong, he should be charged in court and not abducted.

Koh, who founded the NGO Harapan Komuniti, was abducted by a group of men along Jalan SS4B/10 in Petaling Jaya on Feb 13,2017, while on his way to a friend’s house.

CCTV footage believed to be of the incident showed at least 15 men and three black SUVs involved in the abduction, which was done in a “professional” manner.

In Apri 2019, the Human Rights Commission of Malaysia (Suhakam) concluded in an inquiry that the Special Branch was behind the enforced disappearances of Koh and Amri Che Mat.

Amri, who was the founder of the NGO Perlis Hope, left his home in Kangar at about 11.30pm on Nov 24,2016, with his car found abandoned the next day.

Suhakam said the government had set up the task force in 2019 to look into its findings from the public inquiry regarding the disappearances, where the commission held that kidnappings had taken place. 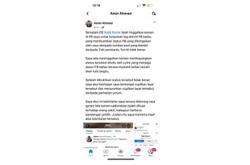